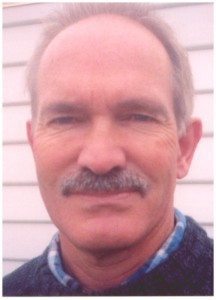 The biggest and most bewildering problems people tend to have in their lives revolve around their marriages and love-affairs. In 1980 Douglas found himself torn apart by a tumultuous love-affair. As a direct consequence, he began seriously studying astrology as a way to better understand what was happening. Studying both traditional astrology and cosmobiology, he gained a Regulus-Ebertin Diploma in 1987 from Doris Greaves, arguably the most respected astrologer in Australia. Douglas has gained his astrological experience through doing thousands of horoscopes (astrological readings) over the past 25 years. Most of his work comes from clients returning for yearly updates, or from referrals. His main interests in astrology are reading horoscopes (birth charts), past and future predictions and compatibility charts. He also does rectification (working out someone’s birth time).

Douglas spent six years between 1991-96 researching and writing “Hohenzollern. Tragic Private lives”, a book about the royal families of Great Britain & Prussia (1640-1786). He is fluent in German. He is also an international sailor having sailed the last eight Flying Dutchman world/ European championships with his crew, and best friend Viktor Boudantsev, a 3-time Russian Olympian.