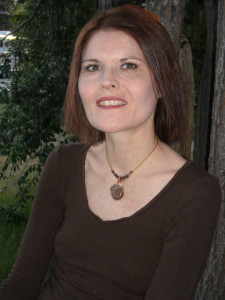 Lisa started seriously studying Western Astrology on her Saturn Return in 1993, and became professional in the year 2000 (formerly Eclipse Astrology). Along the way, she also picked up skills in Tarot Reading, Dowsing (mostly with a pendulum), Flower Essences and other healing and divinatory arts. Since 2006, she is an Author for Llewellyn Worldwide Ltd. under the pen names AarTiana and Calantirniel and featured in well over a dozen annuals. Her goal for each client consultation is empowerment to choose and then create desired experiences, rather than rote fortune-telling.

In 2007, when Lisa realized healing skills were as important to her clients as astrology skills, she became a Master Herbalist (MH) through Dr. Christopher’s School of Natural Healing. She also became an ordained Reverend through the Universal Life Church. Eclipse Astrology then changed to AstroHerbalist.com and she then became an Usui Reiki Master and energetic healer – sometimes implementing shamanic methods. She began creating Flower Essences in her yard and in the woods nearby to custom-blend healing signatures along with appropriate herbs for her clients. Currently, her healing skills are being expanded further through Homeopathic training through David Little’s well-reputed intensive course.

As a Level I NCGR who passed the ISAR ethics requirement in 2003, Lisa received rigorous training while employed with Twelve Signs Inc (makers of the very successful StarScroll), and enjoyed helping clients at the La Jolla, CA Psychic Eye Bookshop, Hillcrest’s America’s Longevity Health, and in the Bitterroot Valley, Montana’s Between the Worlds store who hosts the Hamilton Psychic Fair. She also taught Astrology at the Santana Adult School in Santee, CA. Although she practices what is termed Modern Western Astrology, her influences draw heavily on Classical technique, and even knows some basic things about other forms of Astrology that could be helpful, including Vedic and Chinese systems. She was the Founding President of the Montana
Big Sky NCGR Chapter, served as a Publicity Chair for the San Diego NCGR Chapter, and was a member of the Network of Triangle Astrologers (now an NCGR Chapter), and the San Diego Astrological Society. Tropically, Lisa is a Sun Sign Capricorn, with a Leo Moon and late Gemini Rising.