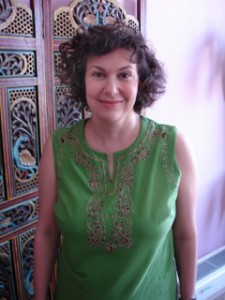 Deb has been studying astrology for most of her life, in addition to holding degrees in chemistry and mathematics. She began her professional astrological counseling practice in 1986, and never ceases to be amazed by the workings of the human psyche.

In the past Deb been the Publicity and Program Chair for the Board of the NYC chapter of the National Council for Geocosmic Research and has managed NCGR’s website. Deb has been featured in New York Magazine (April 21, 2003 cover story “Psychic New York”), she also was featured in the New York Times article: Today’s Horoscope, Now Unsure (Aug 28, 2005) and has published articles in the NCGR’s quarterly journal, The Ingress, in addition to lecturing in the NYC area. She contributed a chapter to The Astrology of Film: The Interface of Movies, Myth and Archetype edited by Jeffrey Kishner and Bill Streett (iUniverse, 2004).

In addition to NCGR, Deb is a member of the Astrological Association of Great Britain. She enjoys the study of both personal and mundane astrology, particularly the research of psychological and cultural shifts represented by astrological cycles. Deb’s work with clients is astrology with intuitive counseling. She acts as a catalyst to give her clients emotional support and helpful information during important periods of their lives, using astrology to help clients understand the dynamics of the transition they are experiencing.